Get Out Of The Office 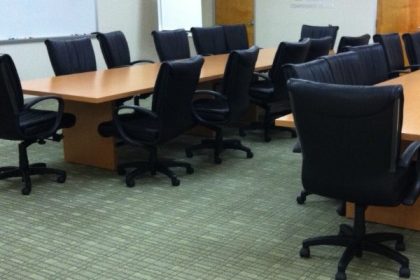 How do you earn a seat at the table if you’re not even in the office? Well many of us today have this misconception that visibility equals value. In other words, many think “if I’m in the office, I’m bringing value to the table by virtue of being present and available.” But this is old-school leadership thinking. This is that outdated mindset that believes that if you’re “here,” you must be productive. But we know this isn’t the case. We know there is an epidemic of disengaged employees in today’s workforce that show up but don’t produce; they are visible, but not present; they believe that their paycheck is directly linked to attendance and nothing more. But we know that in reality, productivity and true engagement can happen anywhere, anytime, provided we have the right drivers, the
right support, and the right resources.

In fact, in today’s society where we’re so hyper-connected, technology allows many of us to work from anywhere at any time, not just in the office. This is a product of our rapidly changing environment and something the Millennials and the upcoming Generation Z have embraced wholeheartedly. If you haven’t, you should now. Because getting out of the office gives you a change of scenery and a fresh perspective on your organization and your role, and helps clear some of the fog that might be clouding your route to the table.

I was working for a certain company a few years back and we were in Las Vegas at a leadership conference. As was typical in this company and in its industry, it was a very male-dominated event; I was one of the presenters that day and as the session ended, the Regional Director outlined the next day’s team building session, which unsurprisingly, was a golf day. I was one of only two other women and the other woman had already left to catch a flight back to the East Coast. I didn’t play golf so I was already moaning and groaning inside at the idea. I thought, “I don’t know the game, I don’t like the game, it’s too long, it’s going to be too hot, and I don’t want to be the only one that doesn’t know how to play.” The Regional Director indicated that everyone should show up at 6:30am at the Golf Club and we would break off into teams. Then he passed the sign-up sheet around, and when it got to me I was still tormenting over whether I should participate or
find an excuse to get out of it. And I thought, “They won’t care because they probably don’t want a woman on their team anyway.”

But the more I lamented over it, the more I warmed up to the idea and I decided, “Why not?!” There were presidents of the different regions, senior executives heading up major units within the divisions, and other high level leaders so I didn’t want to appear as if I was not a team player. I’d be playing golf with the most influential people in the company who already have a seat at the table, and I would have an audience with them. So, I decided that even if I don’t like golf, if it’s not my personal choice, I’m still going to go and I’m going to let everyone else get to know me. What I recognized that day on the golf course is that there
were a lot of conversations and a lot of learning taking place. We told jokes, we talked about our families, our vacations, our favorite things, sports, and had a lot of fun; and I was able to give my elevator speech on a few of the projects that I was working on then I elaborated on some of the points that I shared in training the previous day. Funny, some of the learning was resonated better with them on the golf course than it did in the classroom. Now key decision makers knew who I was and had a better sense for what I do. At that event I was able to be my own biggest sponsor, pitching my brand to the team.

Had I allowed my uncomfortable self to make an excuse to get out of the golf experience, I would have missed this wonderful opportunity to get exposure and visibility with key leaders. It was a true learning experience on the importance of getting out of your head, taking a risk, and moving beyond the office. For some it might mean going to the company picnic. It might be going out after work to the pub. It might be going bowling one night with coworkers. It may be participating in the Habitat for Humanity project. Whatever it is, you need to take advantage of some of these opportunities to get outside of the office. Do some drivebys. Do some pop calling. Or maybe invite leaders out to lunch, for no reason other than to get to know them and allow them to get to know you. This is the foundation for building your personal brand and getting an invitation to your seat at the table. You can’t build a bridge to the table if you never leave your seat at the desk. Get out and get exposure to others and give them exposure to you, your ideas, and your unique value proposition.

For more research and data on the value and impact of diversity at the table, purchase the new book: The Seat: How to Get Invited to the Table When You’re Over-Performing and Undervalue.

Tagged under: The Seat 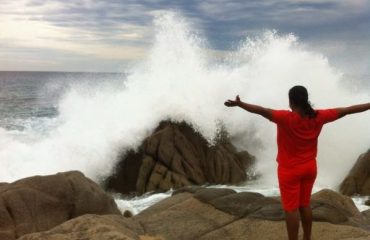 Living on the Other Side of Imagination