Keep the Dream Alive by Reinventing Yourself 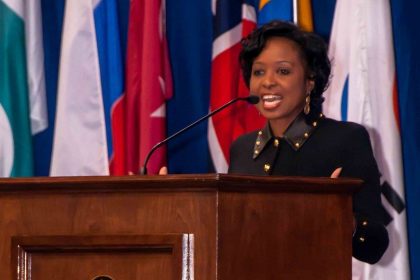 All over the nation on Monday, January 19th communities united to celebrate the life of Dr. Martin Luther King Jr. including in Danville, VA where Averett University held their annual MLK Community Celebration and Day of Service. I was honored to be the luncheon keynoter for this program where more than 300 students, faculty, administrators, community and business leaders, and city officials gathered for the celebration. Several media outlets were also on hand and provided great coverage. See here for the highlights on the local news. http://www.wset.com/story/27886534/keeping-dr-kings-dream-alive-by-serving-others-focus-of-averett-universitys-mlk-day-celebration

Following are excerpts from my speech that received a standing ovation from the audience.

Dr. Martin Luther King Jr. was a man of strength, tenacity, vision, and responsibility. And on this special occasion, nearly 50 years since his “I Have a Dream” speech, I stop and ask the question: “How do we keep the dream alive?”

Surely Dr. King would be proud of some of our major accomplishments. We’ve achieved many firsts for minorities such as the first black President, first black Secretary of State, first black female CEO of a Fortune 500 company, first Hispanic Supreme Court judge to name a few. We’ve seen many blacks become millionaires and billionaires; more women and minorities enrolled in college than any other time in history, we’ve seen more minority owned businesses start up and succeed; and corporations, municipalities, institutions of higher learning, and government agencies have put in place the role of Chief Diversity Officer as an outward commitment to diversity, equality and inclusion. But let’s be clear: having these firsts, doesn’t mean that we now live in a post-racial society as some have postulated.

Dramatic shifts have occurred in the world since 1968 when Dr. King was assassinated in Memphis, TN. It has become more global, more diverse, and hyper-connected. Economists and business leaders have called this a VUCA world (Volatility, Uncertainty, Complexity, and Ambiguity) where we’re experiencing increased competition, accelerated change, and overwhelming complexity. As a result, many organizations have restructured, reorganized and reinvented themselves. And those who did not, cease to exist.

1.) We must have a dream. Martin Luther King not only had a dream, but he was committed to his dream; he worked towards his dream; he was willing to die for his dream. Dr. King showed us that there is power in having a dream. There is power in knowing your WHY. The problem is that too many people don’t know their WHY. And too many people have dreams that are unfulfilled and lying dormant.

Dr. King’s dream was that one day his four children would not be judged by the color of their skin but by the content of their character. He had a dream that one day this nation would rise up and live out the true meaning of its creed: “that all men are created equal.” He had a dream so that we could all have a dream and have the opportunity to see that dream realized.

But there was a price to pay for his dream and he was willing to pay it.

Dr. King said, “The ultimate measure of a man is not where he stands in times of comfort and convenience but where he stands at times of challenge and controversy.” He taught us that any dream worth having is a dream worth fighting for. So if you don’t have a dream today, I urge you to honor Dr. Martin Luther King’s memory today by getting one.

The second thing that we must do in order to reinvent ourselves and keep the dream alive:

2.) We must invest in ourselves. That includes investing in education, economic opportunities, financial empowerment, and in your community through service to others. Education is the key to economic empowerment, personal fulfillment, and to unlocking doors to opportunity. Dr. Martin Luther King said that Intelligence plus character is the goal of true education. I don’t believe that Dr. King would be too pleased with the state of education today.

Too many schools are still segregated and substandard. In every indicator of performance, African American children are at the bottom. Just 68% of them are graduating from high school. Schools are remain underfunded and overcrowded. There is evidence that shows that if you stay in school and finish college, you make $1 million more dollars over your life span than if you don’t stay in school; that you live 10 more years than if you dropped out of high school; you vote, give blood and volunteer more when you have an education. The research on post-secondary education/college is unimpeachable and unambiguous. We have a responsibility to ensure that our children become graduates and not drop outs and that they become gainfully employed and not willfully imprisoned.

We have to provide economic opportunities that afford us new jobs and business enterprises and greater equality in terms of pay and promotions; that provides everyone a fair shot and that opens doors of opportunities for all, not just a few.

In terms of economic power, there are 6 Black, 9 Asian and 8 Latino CEO’s of Fortune 500 companies. From 2002 to 2007, the number of Black-owned businesses increased by 60.5% to 1.9 million, more than triple the national rate of 18.0%, according to the U.S. Census Bureau’s Survey of Business Owners. Even so, Black owned businesses only make up 7% of all U.S firms and less than a half percent of all U.S business receipts.

And lastly, we have to invest in our communities.  We have to revitalize our neighborhoods and restore pride where it was lost.  We have eliminate black on black crime and drug dealing as a career choice among our youth. We need more men to mentor our young black men and show them what it means to be a man, a present and active father, and a career professional. We have to provide resources, programs, and opportunities that empower individuals to gain independence and not co-dependence.

This is what Dr. King dreamed of when he said, Life’s most persistent and urgent question is what are you doing for others? That’s why we have a day of service all around this nation. I hope that you will participate in serving your community and serving others. 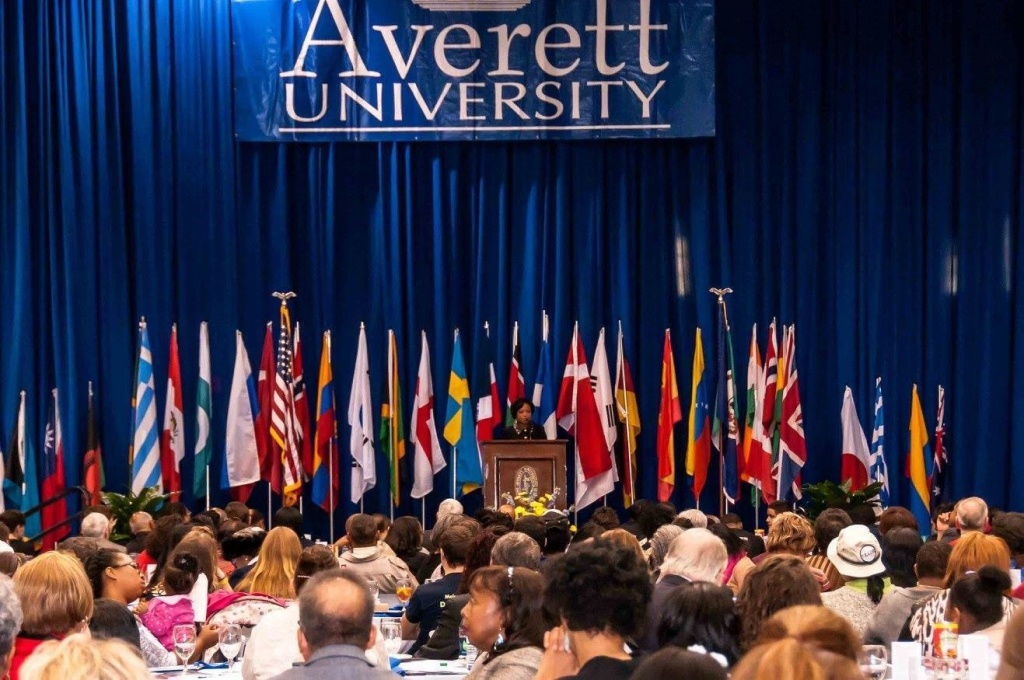 May Dr. Martin Luther King’s holiday not be limited to a great celebration and program like the many that are going on across the nation. But may it be reflected in our dreams, in our lives, and in our legacy.

As you reinvent yourself and keep the dream alive, may the world be a better place because you were you here. 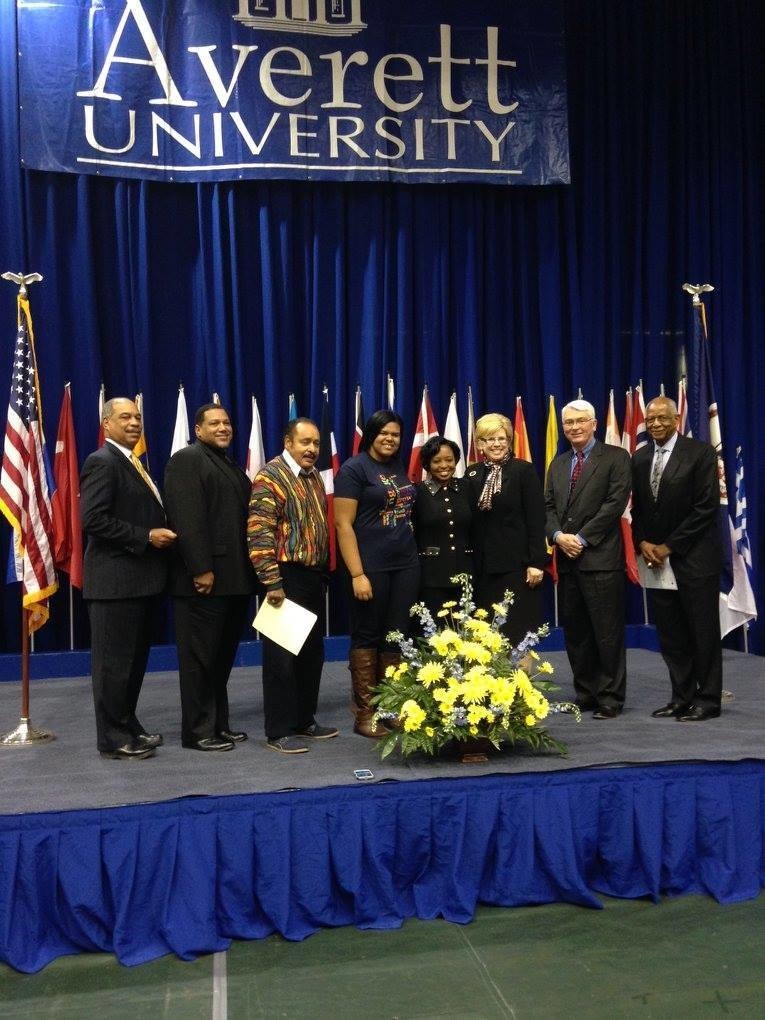 Tagged under: dream, invest, Keep the Dream Alive by Reinventing Yourself 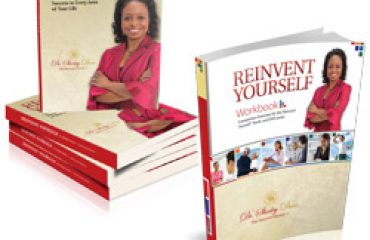 Now is the Time to Reassess 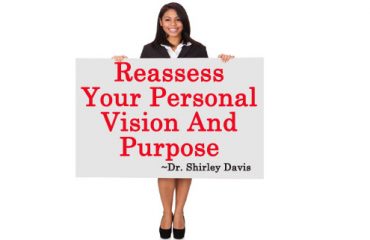