In an interview with CNN’s Poppy Harlow that aired last week, I couldn’t have been more proud to hear Rosalind Brewer, CEO of Sam’s Club talk candidly about 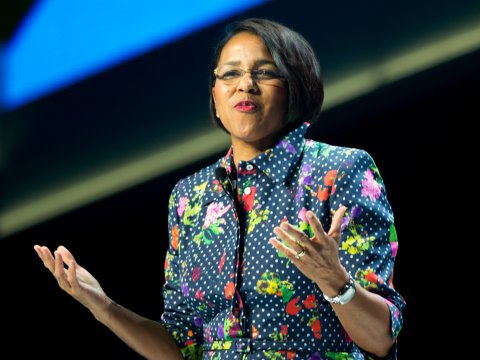 giving employees pay increases, how they were responding to the changing workforce, and to declare Diversity as a priority. When Poppy Harlow asked her about her commitment to diversity, she stated:

“It has to start with top leadership. I can tell you that even with myself, I have to live it also. My executive team is very diverse and I make that a priority. I demand it of my team and within the structure. And then every now and then you have to nudge your partners. And you have to speak up and speak out, and I try to use my platform for that to remind people. I try to set an example. I mentor many women inside my company and outside my company. Because I think it’s important.”http://money.cnn.com/2015/12/16/news/companies/rosalind-brewer-sams-club-diversity/

If you’ve been a practitioner, supporter, or champion of diversity for any period of time, these words should be music to your ears. You know how important it is to get CEO commitment and buy-in as a necessary first step. We all know that if you don’t have it, your D & I efforts are likely to stall or fail altogether. So instead of Rosalind Brewer being applauded and celebrated by most, she has been met with strong resistance, vile accusations of racism, protests against the company, and a call for her firing. I couldn’t have been more disgusted, frustrated, and saddened, yet reminded that in 2015 [might as well say ‘in 2016’ since the year is almost over], that we are still experiencing this level of small-minded rhetoric and hate speak rather than embracing what is our NEW NORMAL….Diversity is not only an American value, it is a global workforce reality, and it is a recognized business strategy by forward-thinking leaders. Those companies and individuals who don’t see it as such, will be faced with the reality that they ARE the minority and an obstacle to any progress towards making our nation even greater. Brewer is not the first CEO or C-Suite executive to speak out about the need for greater focus on diversity. Sheryl Sandberg, COO of Facebook called it out in her best-selling book,Lean In,which started a national conversation. But there was no call to boycott Facebook. Last year, a number of Silicon Valley Tech company executives from Google, Yahoo, and LinkedIn, revealed their need to focus on diversity by publicly stating how “white and male their workforces were.” They even went so far as to show their diversity representation (or lack thereof) vowing to do better (http://www.cnbc.com/2014/05/29/white-and-male-google-releases-diversity-data.html). But there was no call to boycott them.

Figures from Google, Yahoo, and LinkedIn showed their workers were more than 60 percent male; meanwhile, black and Hispanic workers often account for less than 10 percent of their worker population. In a groundbreaking disclosure, Google revealed how very white and male its workforce is—just 2 percent of its Googlers are black, 3 percent are Hispanic, and 30 percent are women. Google execs said that the transparency about its workforce—the first disclosure of its kind in the largely white, male tech sector—is an important step toward change.

Being pro-Diversity does not mean anti-white; it’s about being pro-equality, pro-inclusion, pro-equal pay, and pro-equal opportunity. Diversity benefits us all. It allows everyone the opportunity to contribute to a company’s and our society’s success.

And just like I applaud Sam’s Club CEO for speaking out about diversity, I also applaud these tech companies for proactively revealing that they had a problem and were committed to doing something about it. But just because Rosalind Brewer happens to be an African American female CEO (another minority group since less than 20 females head up Fortune 500 companies in 2015), shouldn’t brand her a racist for making diversity a priority, no more than I would characterize the Silicon Valley company executives as racists for NOT having a more diverse workforce.

There are many other forward thinking CEOs who understand the power and value of diversity. I don’t consider them racists or anti-white. I consider them honest, open-minded, and living in the 21st century. But we need more of them to speak up and to publicly call it a priority. I have been a Chief Diversity & Inclusion Officer for several major global organizations and today, I educate, coach, and consult with CEOs, senior executives, and other business leaders on strategies for building a more diverse and inclusive workplace. I am pleased to announce that more and more of them ARE making it a priority inside of their organizations, and they are holding their leaders accountable. We don’t need to vilify them, coin them as racists or anti-white, protests their companies, or even demand their firing. We need to stand with them. Stand beside them. Stand for Diversity as an American value and as a global business strategy. I stand with Rosalind Brewer and all of the other forward-thinking CEOs and business leaders who are making diversity a priority in their organizations, and I stand with everyone who recognizes that talent and contributions come in all shapes, sizes, colors, and backgrounds. I will continue to do my part in making our world a better place through diversity and inclusion. 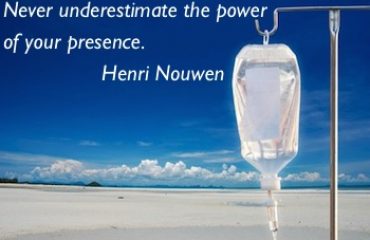 The Gift and the Power of Your Presence 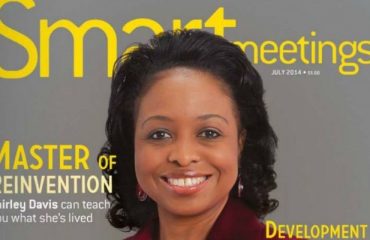