My 4 V’s of Career Success 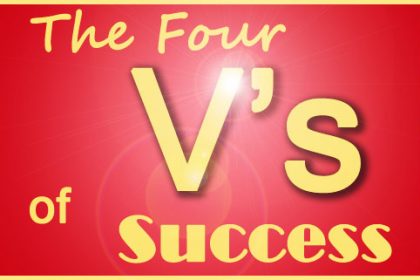 As a female professional, a person of color, and a single mom, a status that has traditionally and still in some companies today is considered three strikes against me, moving up the corporate ladder has been wrought with unique challenges, setbacks, and life lessons. Being identified as a “high potential,” or receiving the highest performance rating year after year didn’t always translate into new development assignments, coaching/mentoring from the company’s executives, or receiving a promotion or a raise.

One of the things being written about more and more is that mentoring and getting results is not enough, we need sponsorship. When you are identified in the succession planning process as a high potential or a high performer, that means you have demonstrated results and earned the designation of a “hi-po” but when you are added to the list as “ready in 5 years, or ready in 3 years or ready next year” and 3 years have passed with no development and no movement and you’re still on the list as ‘ready now,’ something is broken in that system. Succession planning is a futile exercise if it’s supposed to be inclusive and used as a tool for retention for women and people of color.

After years and years of asking “how much more do I need to do,” “how much longer do I need to wait,” and “how much harder do I have to work to prove that I am worthy of the next level” only to be told to take one more course, take on one more assignment, get a mentor, get a certificate, or get a master’s degree, I realized that I was hustling uphill backwards. I even attained a Ph.D. in Business and Organization Management thinking that the excuses would go away. Not so. Then I heard that I’m overqualified, too ambitious, and that I might not be challenged enough or that they can’t pay me enough.

But I didn’t get bitter. I got better. I finally decided to take control of my career destiny instead of leaving it in the hands of those who wouldn’t see or value the hard work of this woman in a skirt. I flipped the script.

Often times, women who aren’t getting recognized or rewarded for their performance leave and go to other companies and end up taking a step backwards in pay and position.

I became more selective about the types companies, cultures, and bosses that would “fit” for me; they were looking for a “culture fit”…Well so was I.

This time I did my homework and background checks on the companies that I selected to send my resume to. I was prepared to negotiate my salary up front; and I observed and learned from the men who seemed to be promoted more quickly, with less experience, less education, and less effort.

In all of those experiences, here are the 4 V’s of career success that I learned both from my male counterparts and from dynamic women like you in this room.

I’ll spend more time on this first one because it drives the other three:

1. Be a Visionary. Companies today are starving for visionary leadership—that is simply the ability to invoke followers without coercion, to recognize challenges and growth opportunities before they happen and to offer solutions, and position people to produce extraordinary results. And women have the Emotional Intelligence and the unique skills/strengths to do all three of these.

That’s the sign of a great leader, but if you call yourself a leader and no one is following you, you’re simply taking a walk.

But it starts with having your own personal vision. And then a vision for the work that you’re leading in your organization and one should spill over into the other…if you’re living your passion. For example, if your passion is to be a catalyst for change for women….that will spill over into your volunteer work, your career, your relationships, and your social life.

How many of you have a personal vision statement or a vision board?

Far too many women don’t have a clue as to what they were created to do during their time here on earth, where they’re going, or how they’re gonna get there. I’m a success and career coach to several mid-level and senior women in corporate America, and when we started out I asked them to articulate their personal vision and only one of them could do so.

I’ve said this for many years, “many people die at age 30 but they don’t get buried until age 75.” Why? Because they don’t have meaning, significance, or a clear vision for their life. They go through life wandering and seeking direction, and by the time they get older, they’ve got more regrets then they have achievements.

One other point on “Be a Visionary”

What do female Fortune 500 CEOs, or the women who start their own businesses, or the three women who won Nobel Peace Prizes in 2011, or the women in political leadership roles, or female community activists all have in common? They are visionaries, they know their purpose, and they are changing the game—changing the world, rewriting the rules, and leaving a legacy…

And so can each one of us.

The second lesson I learned is to:

2. Be Visible. It’s important to seek broad exposure across the organization, your industry, and your community. Get to know the key players in your organization but more importantly, let them get to know you.

We can’t simply stay inside our offices and on one floor and not get out across the organization to know who are the key players and let them know who we are, what we’re doing, and why should they care. Being visible is also about how you show up and how you present yourself. So remember, you are projecting and selling a brand every day. YOUR personal brand.

Being visible is also about building alliances, working your network, and leveraging the relationships in a way that can benefit both of you. But it’s also about who you bring into your personal space and attach yourself to. Know what reputation they have and what associating with them might mean for your career. People make assessments and assumptions by the people you hang around because they know that association brings about assimilation.

My mentor and friend, Les Brown, once said, “show me your closest friends, I’ll show you your net worth.” He said “Shirley, if you are the smartest person in your group; you need to get another group because if you are an A and you surround yourself with C’s, you won’t be an A for long.”

“Surround yourself with people who are smarter than you, wealthier than you, and more successful than you because they will challenge you, and stretch you, and expand your thinking and worldview,” he directed. Great advice coming from one of the world’s best motivational speakers.

Not only is it important to have a vision, to be visible, but we must:

3. Be Vocal. A prevailing weakness of women in the workplace is that we often shy away from finding our voice in the organization. We must learn to speak up, speak out, and be willing to have courageous conversations.

Studies reveal that women are less likely than men to demand more pay, promotions, and are uncomfortable “tooting their own horn.”

Women still tend to think that their results alone will speak for themselves. We have to learn how to politically, strategically, and tactfully toot our own horn. It can be in the form of sharing a new idea that you implemented and the results you achieved; to recognizing the efforts of a project team that you led; to forwarding an email to your boss with feedback about you from a client or customer. Men do it all the time.

Use your voice to first speak to yourself—to remind yourself that you are smart, talented, gifted, anointed, attractive, beautiful, all that and a bag of chips. And that you don’t have to take a back seat to a male counterpart.

4. Add Value. Never underestimate your value. Know that you have unique skills, gifts and talents that can be developed, perfected, and leveraged in a way that makes a difference.

Invest in your personal development. Just by attending this class and investing in your education puts you ahead of the average American.

The Consumer Expenditures report published in 2009 by the Bureau of Labor Statistics revealed that the average consumer spent $9.83 a month on reading materials. Similarly, according to a survey conducted in 2007 by the Associated Press, only one in four Americans even read a book that year. More shocking in the Consumer Expenditures report was that the average consumer spent nearly $2,700 on entertainment; $457 on alcoholic beverages; $323 on tobacco products; $588 in personal care products, and over $1800 on clothing.

Don’t settle for average and for living in your comfort zone. Nearly 60% of Americans are satisfied living a mediocre life. Let excellence be your standard and it will always set you apart.

Seize every opportunity, be willing to take risks. For some of you, you just need to jump first and grow your wings on the way down and stop talking yourself out of your blessing.

The last thing I’ll say about Value…is don’t just shoot for trying to IMPRESS the world around you, but aim to IMPACT every person that you come in contact with. Leave a legacy by being your authentic self and by being unstoppable.

And in the words of one of my mentors and friend, Mr. Les Brown: Live Full and Die Empty.

Give everything you’ve got; leave nothing undone, unrealized, or unachieved. And when you retire and you’ve done all that you were created to do….the world should be a better place because you lived out your vision, you were visible/present, you shared your voice, and you added value. 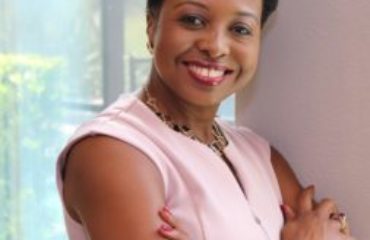 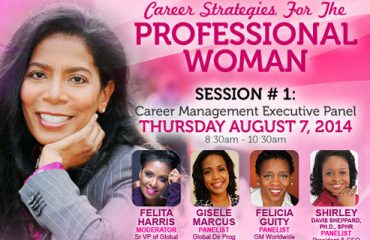 Career Strategies for the Professional Woman