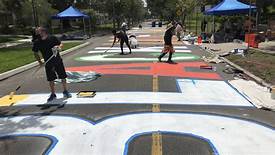 It’s an honor to be published in the Tampa Bay Business Journal Jan. 15, 2021. Check out the article here:

Companies that promised to review policies in 2020 in the wake of social unrest now face showing results in 2021.

If 2020 will be remembered for anything other than the coronavirus, it will be for protests that spread to cities and towns across the nation in the wake of George Floyd’s killing. Months of marches were held in both Tampa and St. Petersburg. While the initial purpose of these marches was to spur government reform regarding policing, calls for equality and racial justice soon spilled over into other facets of life, including entertainment, education and business.

Businesses ranging from the largest public companies in Tampa Bay to mom-and-pop stores put out messages of support and pledged to do better. Seven months after the protests began in late May, the organized marches have mostly died down. Progress has been made in some areas, but both sides — advisers and the companies themselves — know there is still plenty of work to be done in 2021 and the months ahead.

“There are companies that are forward-thinking companies, and some companies … [that] are doing better but recognize they have a long way to go,” said Shirley Davis of SDS Global Enterprises, a Tampa Bay-based corporation that works with businesses to create more inclusive cultures. “There is still work to be done.”

The momentum of the summer is waning a bit, said Cal Jackson, the director of Diversity and Inclusion global programs for Tech Data Corp.

“There are still groups that are underrepresented in our organizations and what I feared is starting to happen: It can’t be a news cycle and there are unfortunately, police events that bring things back into the radar.”

The slow march of progress

Even before 2020, businesses were looking to diversify their ranks — both in leadership and among the workforce — and Tampa Bay was no exception. This has especially been the case when it comes to gender diversity. As of January 2021, 19 of the region’s 20 largest public companies had at least one woman on their board of directors, according to data provided by the companies to the Tampa Bay Business Journal. A majority of the 20 largest public companies had at least one ethnic minority on its board of directors, a group that primarily was comprised of Asian-Americans and African-Americans. But the majority of board members in Tampa Bay are white men, as is most of the leadership at those companies.

That might be one possible explanation as to why many Tampa Bay companies tiptoed around this summer’s events and the issues they raised. Only three of the region’s largest public companies — Raymond James, Bloomin’ Brands and Welbilt — released statements concerning the racial unrest over the summer. Only nine of the companies have a diversity policy on their websites. And only a handful of companies have announced actual action taken to improve diversity within their company, such as creating a pledge to the Black community or hiring an executive to oversee diversity and inclusion.

“We did an internal promotion… and created a new position: VP of diversity and inclusion, in order to formalize that process,” said Joanne Freiberger of Masonite International, adding that Carlini Rivers took over the position in November. Rivers had been with Masonite since 2016.

But most companies have shied away from such actions, and most frustrating to SDS’ Davis are executives who are still unwilling to acknowledge that there are racial issues within the business world, let alone address them.

“What’s disappointing is we have too many leaders … who turn this work into a political statement. ‘If we say Black lives matter, then we’re saying all lives don’t matter,’” she said. “We still have people who are resistant to it, who resist it in a way that sabotages and derails the spirit behind it. And regardless of the political, inclusion is a good business strategy.”

But perhaps that paints a bleaker picture than reality. Talking honestly about race can be a prickly issue that many companies would prefer not to discuss publicly. But Davis said interest in her company’s services has been robust.

“I’ve been in this work for 20-something years, I worked in HR for Fortune 500 companies, and in that time frame I have not had that much demand and as many requests as we did in June and July,” she said. “It was amazing and at the same time, it was well overdue.”

She said it started with helping companies craft statements during the summer protests, but continued on to holding listening sessions. Davis said she was impressed by the number of organizations that really did want to change how they operated, by conducting diversity audits and committing to making long-term changes.

“He said, ‘I saw just how our board of directors changed in regard to its dynamics and how they were innovative and their discussions as we put more women and more diversity on the board.’”

It is important for companies bringing in formalized D&I practitioners and programs to continue progress in 2021, but the work isn’t just about racial equity, he said. It’s also about building environments of inclusion because that can boost the bottom line, not just promote good corporate citizenry.

“We do this in our workplace for organizational effectiveness,” Jackson said. “[This work] decreases attrition, and makes us a progressive company so that we can always get great talent that wants to come work for us.”

And, in a strange way, the pandemic has helped to achieve those goals, he continued.

“It has pushed us to the realization that we can work and telework and we can have roles everywhere, and that gives us a humongous net that we can throw out now for phenomenal talent and not just based upon the location of where we need people,” he said. “We can throw it out in so many different places and that increases the diversity of the slate of candidates.” 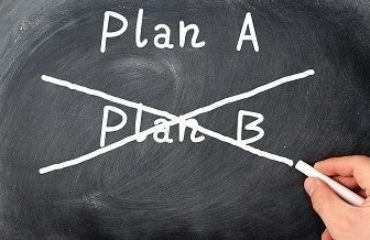 Exit Strategies: Forget Plan B and Conquer Your Plan A

How to Combat Harassment in the Architecture Profession