by Teresa Whiteacre / May 31 2017 / Published in Blog, Career, Self Improvment, Women 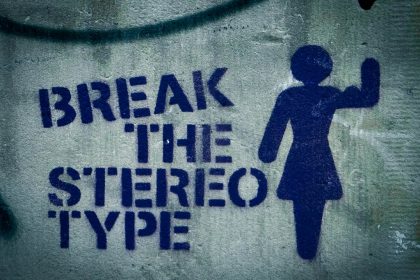 All my life, being a woman and being a person of color, I’ve also had to deal with stereotypes, biases, and prejudices, or prejudgments. That’s what prejudice is—it’s pre-judging someone before you know them based on their skin color, gender, age, race or ethnicity, or any other characteristic of their outward appearance. And those prejudgments can impact decisions regarding selection, promotion, pay, performance ratings and feedback, delegation of special projects, and all other decisions regarding employment. And unfortunately, I’ve experienced this in every aspect of my career—everything from being denied opportunities for promotions that were given to others who were already cherry picked, to training the person who would later become my supervisor, to being marginalized on performance reviews or surprised by ratings that had no substantiation, to having my ideas stolen and credit taken by my supervisor, to being accused of getting certain roles due to tokenism, to receiving offensive or insulting comments disguised as compliments. Comments referring to me as “very articulate,” “talking white,” “even-tempered”, “intelligent”, and “not like those other angry black woman,” are just a few examples.

We want equal access to opportunities. We want insight and advice that is not found in the employee handbook—the unwritten rules of the game that the dominant group plays by. We see some of our counterparts who do less work and who put in less effort, and who have less skills and experience, but they move up faster, they get paid more, and are given more choice assignments. When you look at the rate now of where women get paid compared to men, it can’t be because all women are not doing their job at the level of a man.

When a woman is doing the exact same job and getting paid 78-79 cents for every dollar that a man makes, it can’t be that she’s not qualified; that she’s not working hard; that she’s a slacker; and that she’s lazy. More and more research reveals that it is a systemic problem of implicit bias and pervasive prejudice that goes unchecked in many organizations and in our society.

One of my most devastating experiences with prejudice and bias came early in my career when I was working at an organization and was on a steady trajectory to being promoted to a senior level role. But unfortunately, my boss of three years left the company. We had such a great rapport and I felt supported and championed. In the interim, a woman whom I had worked with on other projects, and had trained on some of the systems and programs that we developed, was promoted into the job. She had very little experience working in our functional area and had a much smaller team than mine. So, I wanted to be sure that I was clear about what her expectations of me were and I didn’t want to lose traction with the path that I was on. I met with her and shared my previous performance reviews, the feedback I received from clients, and my career aspirations for the next level. I asked her about her specific expectations of me and wanted to ensure that she would support my development. We discussed my goals, performance objectives, and what success looked like. I even asked her, “What would ‘exceeding’ expectations, and absolutely stellar performance look like?” I needed to be specific about what “meeting” expectations was and what was “outstanding” because I didn’t want to start over simply because she was new in her role.

We sat down and laid those things out and agreed on what success would like. Once I had those specifics, I continued to work hard to exceed them. I was not given any feedback, or any coaching from her. And you know, if you haven’t heard anything different, you assume you’re on track and that things are fine. But at the end of the performance period that December, I was told that not only had I not “exceeded” expectations like I thought, but that I wasn’t even “meeting” expectations. You can imagine my reaction. When pressed about the ratings, she could provide no specific examples or point to any impacts to the client that substantiated her ratings. I had received an “exceed expectations” for the past three years and now it had dropped two ratings in one performance cycle with no justification.

It was one of the most devastating experiences that I have had in my career. I was very effective at what I did; a great people manager according to my team. I was very knowledgeable of how to run my department and my division, I had great respect and support from my customers, and I achieved solid results beyond what was expected. I had gotten clear expectations and goals for the past three years before her arrival and I worked hard, and now this person had come in and began to marginalize and sabotage all that I had worked for. Yes, I felt angry, degraded, and betrayed, and it was my last straw.

In this instance, I went above her head. I involved HR and I presented my case that before this person came on as my supervisor, there were three years’ worth of previous performance reviews where I had always been rated very high; where I could show that I was “exceeding” expectations. I asked what I could have done differently that warranted a lower rating, particularly since I’d never gotten any feedback to the contrary. She could never provide any particulars. So, HR requested that she rewrite the appraisal and change the ratings to match the performance. Turns out that she did not want to give me credit for a lot of the results and successes in our division, because she had taken the credit in her own performance. Sound familiar?

Even though she attempted to revise the appraisal, it still wasn’t to my full satisfaction. She watered down my results and worked even harder to unravel and sabotage the positive reputation that I had built with my clients. But I didn’t become bitter and I didn’t act out. That would have played right into her hands. I became better and subsequently, I moved on to a new role elsewhere. That wasn’t the first time that I had experienced bias and discrimination and I was sure that it wouldn’t be the last. These are the kinds of stereotypes, prejudices, and biases that I have endured much of my life. And in 2016, I still experience some of it in daily business dealings with well-meaning clients, company leaders, and places where I do business. But with each experience, I grew stronger and more determined to stand up for what was right. Who knew that it was preparing me for the role I was later to assume: Chief Diversity Officer. 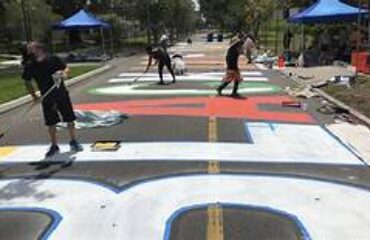 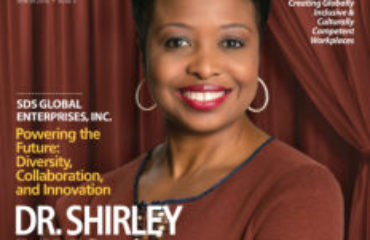 Sign Up Now
For Email Newsletters you can trust.
TOP