Dr. Shirley Davis has many monikers – global workforce expert, bestselling author and successful business owner, to name a few – and can now add Golden Gavel Award recipient to the list.

During an Aug. 20 ceremony in Nashville, Toastmasters International presented the Tampa resident with its most prestigious honor. The organization awards the Golden Gavel to just one person annually, and Davis joins an illustrious group of past honorees such as Dr. Joyce Brothers, Walter Cronkite and Zig Ziglar.

Founded in 1924, Toastmasters is a nonprofit educational organization that teaches speaking and leadership skills through a worldwide network of clubs. It boasts over 300,000 members in 149 countries and has presented the Golden Gavel to distinguished communicators and trailblazers since 1959.

“It’s amazing; it’s exciting, and I’m still pinching myself,” said Davis. “But what it really means for me is that all of the work that I’ve put in over my last 35 years in corporate America has come full circle in being appreciated and recognized because it has had so much impact on so many people around the world.”

Davis is the president and CEO of Tampa-based SDS Global Enterprises, a female and minority-owned C-Corporation. According to its website, SDS provides developmental solutions that enable leaders to create high-performing and inclusive cultures. While her clients span the world, SDS Global works with several local companies, including Raymond James, Vinik Sports Group and the Straz Center for the Performing Arts. 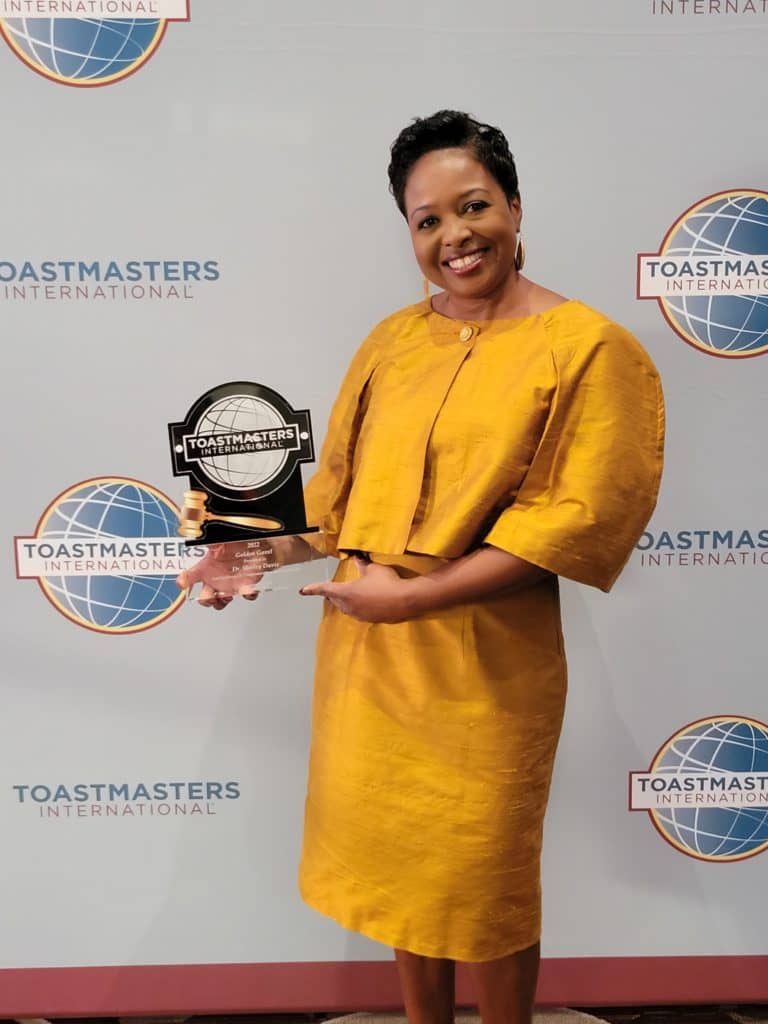 Through her previous experience as a chief diversity & inclusion officer for several Fortune 100 companies, Davis has offered her insights to business leaders in over 30 countries on five continents. Published by Wiley Press in January, her latest book, Diversity, Equity & Inclusion for Dummies, has reached best-seller lists.

Davis also penned Living Beyond “What If?,” published by Berrett-Koehler Publishers in August 2021. She has served as a featured expert on several nationally broadcast TV shows and has written for prominent publications such as The Wall Street Journal and The Washington Post. She made the cover of Oprah Winfrey’s magazine, O, earlier this year – a particularly proud moment for Davis.

While she called the recognition “wonderful” as it highlights her work’s importance, Davis relishes the increased opportunities to share her message.

“About how we have to truly change our mindsets and our attitudes and behaviors as leaders because the world around us is changing,” she said. “And I’m seeing too many companies that I’m working with that are hiring our firm, whose leaders are not as inclusive. They’re not as effective working across differences.”

While many leaders throughout the country have recently increased diversity and inclusion efforts, Davis said much work remains to create opportunities and parity. She noted that some clients are just now increasing their funding of female and minority-owned businesses, and one of the most significant challenges for those demographics is just getting noticed.

Women and minorities, said Davis, are often overlooked because people in power tend to only provide opportunities to friends and colleagues that provide a sense of familiarity.

“And if they don’t happen to know a lot of minority-owned businesses,” she added. “Then they don’t usually give us the opportunity.”

Diversity and inclusion extend far beyond race and gender, Davis stressed, and encompasses many underrepresented groups. These include seniors, non-native English speakers, people from low-income backgrounds or even someone with an introverted personality in an office full of extroverts.

“We’ve got a lot more work to do in educating everyone that this is about engaging with all talent and all workers,” she said.

As the pandemic caused a shift to remote and hybrid work, business leaders must also modify employee engagement techniques. She added that at the core of those significant changes is ensuring people not seen as much in the workplace still feel included and valued.

Workers, explained Davis, are increasingly leaving their jobs due to feeling overwhelmed and experiencing burnout. She said those participating in the “Great Resignation” typically thought they were undervalued and lacked opportunities to grow and develop.

Many companies, she added, have recently increased salaries and attempted to address those issues. However, she said owners need to not only pay their employees a fair and equitable wage that aligns with the increased cost of living, but they also need to treat them with the highest level of respect and dignity.

“And the last piece of that is the company’s culture,” said Davis. “They’ve got to know what distinguishes them from other companies that their companies are leaving to go to.”

Despite her recent accomplishments – Inclusion magazine also inducted her into its Hall of Fame this year – Davis said she would continue her mission of bettering corporate environments for underrepresented populations in earnest.

She said much work remains to ensure leaders follow up their talks of increasing diversity, equity and inclusion with quantifiable results. She also plans to write another book and work on a documentary.

“I’ve got so many great opportunities, and I’m just going to ride the wave out and continue to do everything I do,” said Davis. “I’m just glad that was a natural output of the work that’s been so impactful.”